Skip to content
HomeBusinessA Boy’s dream come true to be one of the most loved hosts of India.That is our RJ VEER

He is the mixture of sense of humor, presence of mind, glamour and effective voice who can create a magical moment to ceremonies.

He has been ruling the time circuit of on stage hosting since past 13 years. But that is not all. His romance for mic is not just limited to the stage hosting he is entertaining to Surat city through Radio Shows since last 6 years, he has been making waves in the event industry as well as radio industry  being the energy infusing, inspiring emcee with positive attitude. 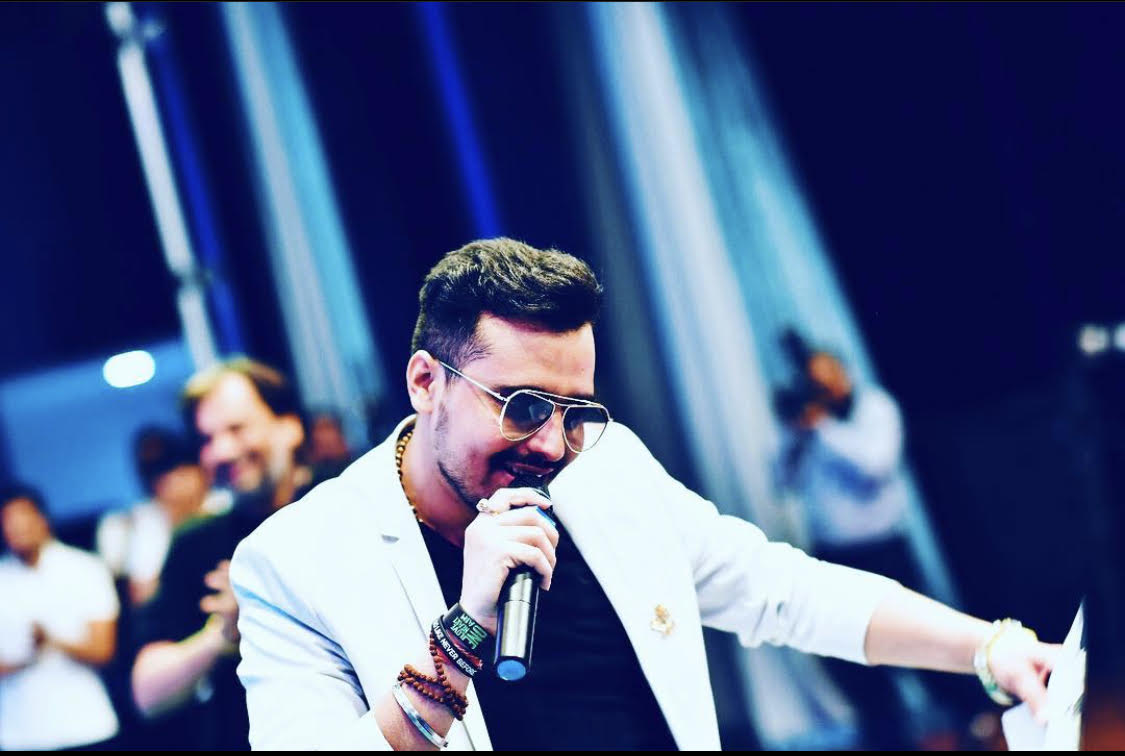 His story telling abilities and entertaining fun videos on social media is known to us all. A rare combination of public figure with kind heart, critic mindset, motivational speaker without any air.

However, he wasn’t always the star under the sky & infact was an introvert who could hardly utter a word in presence of people. None had ever imagined him to be a successful hosts of the major events of the city. But like they say inspiration can come from the most unexpected places in life, He once was offered to play Swami Vivekanand in drama at his school. The role motivated him to the core and from there he started to weave the dream of becoming the RJ VEER.

RJ VEER is also the official swacchta brand ambassador and working towards the betterment of society by motivating them by doing campaigning at the buzziest places of Surat like Dumas Beach, to change people’s perspective about environment and bring in awareness about cleaner and healthier living.

He believes that “you never wait for magical moments create your own scenario.”

Being the official brand ambassador for Gujarat state of Loksabha Election 2019, his voice literally reaches to every nook and corner of the city like bus station, railway station, police – swacchta vans, endorsement campaigns and of course On-Air. He is an inspirational figure for the younger lot of the society.

RJ VEER has shared the stage with more than 100 well known celebrities like Tiger Shroff, Jequline Fernandez , Cricketer Irfan Pathan , Singers like Anuradha Paudwal, falguni Pathak to name a few And also hosted more than 5 Guinness book of World record shows which made him the most sought after host in the festivities and stage shows.

RJ VEER keeps influencing people on ground as well as online with a huge social media family. A huge supporter of Local brands, he always is vocal for local about local businesses on his social media platforms.

RJ VEER understands the significance of effective communication and hence wants to extend this legacy to the budding hosts and students so he founded Vakta – an institute of public speaking, hosting and training of Radio Jockeys and keep organizing seminars as drill to train those interested. KalakaarClub is another feather in his cap – a platform for the budding artists to showcase their talent on his social media. Kalkaar club also extends a helping hand to the talents in paving their path to success. He born with the name Paresh Chaudhary and now as known as RJ VEER.

A motivating, inspiring, rousing talent himself, RJ VEER has been helping in uplifting careers and moods of many. A kind soul, stay positive attitude, adapting mindset and keen sense of humour always makes him stand out in the crowd and makes him shine so bright that you too can feel his light!